If you want to manage your time better and be more effective in 2018, you would be well advised to do begin by doing these two things.

2. Work to start dates not due dates

Dermot Crowley, author of Smart Work, says most of us will capture our work in a range of places, including our inbox, to-do lists, meeting notes, sticky notes, memory, desk pads and project plans.

Centralise your tasks in one place

â€œBecause your work arrives through different channels, you can fall into the trap of automatically managing the action in the place that it arrived. For example, you may leave emails in your inbox until you have dealt with them.

Crowley says one of the first steps to regaining control is to centralise your tasks in one organising tool, like Microsoft Outlook (most of us don’t use a fraction of Outlook’s functionality).

Commonly, the calendar is widely used, while paper tools are preferred for tasks â€“ the problem with this is that meetings start to dominate your time because you lose sight of the tasks.

He offers the following tips to help you re-take control of your time:

1. Consider all the places where you currently capture tasks, notes, projects and meetings

2. Capture absolutely every task you can see, or which deserves your time and attention (you can do this on paper to begin with)

4. Allocate the amount of time you think it will take to complete each task

5. Have a consideration list. Some tasks can be scheduled loosely, for next week or next month. When you do that, you’re simply saying that you will consider if and when that task needs to be done at a later time.

Work to start dates not due dates

Decide when you want to begin the task, not when it is due you can also move a task later, which is where the real power digital’s ˜drag and drop comes into play and schedule a start date far in advance of when that task needs to be completed.

Focusing on the start date rather than the due date is very important because, firstly you’re not going to get those red overdue reminders glaring at you. Instead, it schedules the task onto the day that you plan to do it.

As management consultant and author on email control Michael Linenberger says,’Setting a due date for all tasks is another one of those old principles that sound good but don’t in fact work.

Why won’t it work? Because you’re trying to trick yourself and you are’t that easily tricked. It’s like the person who sets his wristwatch ahead 10 minutes thinking he’ll be on time for all meetings from then on. But after a few days, he mentally adjusts to the time change and starts being late again. It’s the same with artificial due dates; if you set a date that’s fake you’ll know it’s fake and you’ll ignore it. In fact you may miss some important deadlines because you’ll get in the habit of ignoring all due dates you write down.

So don’t write a due date on a task unless there truly is a deadline for that task.â€ By working to start datesyou control when tasks appear on your list, instead of when they’re due to be done by. 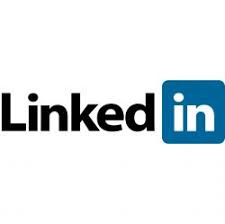 Face to face communication allows us to fill in the blanks about the other person's intention, tone and message -- gestures, facial expressions, verbal tone -- but in the modern workplace, email has become the de facto mode of communication. Getting it wrong -- most of us do -- can be costly. THE BUSINESS POWER OF GETTING PERSONAL (November 18, 2019)

Drop the act. Stop putting on a false persona to please others, stop acting tough like you don’t have a family outside of work, and stop assuming people don’t care when you don’t follow up with them. A human touch seems to be lost these days, and it can have negative impacts on your business.