You could turn up as figure skater Adam Rippon did at this month’s Oscars in a black Moschino suit designed by Jeremy Scott, or Diane Warren style in a Saint Laurent tuxedo with crystal strips on the shoulders, or you can arrive and hope to make a good first impression as yourself which, for most of us, might not be as memorable as Scott or Warren.

Turning up as yourself, minus the Givenchy Haute Couture, doesn’t mean you can’t make a powerful first impression because the secret to being memorable is actually making it less about you and more about the person you are meeting.

Take an interest in othersâ interests

In a face-to-face setting, be genuinely interested in the other person. Instead of making rhetorical questions about the weather, rugby or the clich how’s business?, be more specific in your questions and make mental notes so you can get updates later.

In the world of social media, this is easier than before. Instead of talking about yourself, put a bit more time into building people up with positive comments, genuine compliments and by celebrating their successes.

Grouchiness doesn’t build empathy. You may be disgusted at how your team fared in the Super Rugby but, says psychologist Susan Krauss Whitbourne Ph.D., smiling more, makes you more approachable.

Apart from your facial expression, being positive means that you cheer people on when they do well and stay away from creating judgment zones wherever you go. By looking for the silver lining, even in a glum situation, you’ll become a reinforcing presence in the life of others and they will, of course, want to have you around,says Whitbourne.

We may say and do the right things. We make good eye contact, without dominating the scene, and we’re positive and we smile appropriately but, if our internal dialogue is off ‘ as in we’re worried about something, full of doubt, or our internal dialogue is critical there will be subconscious slip ups which will damage any good impression you make.

CEO of Six Degrees Frank Schab recommends identifying a positive feature of the other person and thinking about it, because this will help put you in a positive frame of mind towards them.

First impressions are important, and as the saying goes, you only get one opportunity to make one. But that’s no reason to fear them. Knowing and acting on what is shown to work to create better first impressions will help you do just that, says Schab.

HOW TO PRESENT TO EXECUTIVES WITH POWER, CONFIDENCE AND PERSUASION (November 21, 2018) 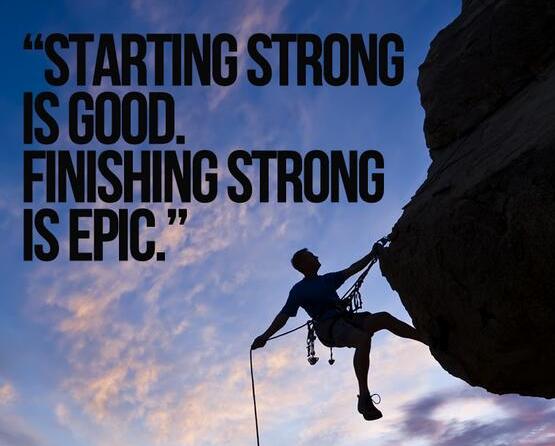 5 THINGS EVERY BUSINESS OWNER SHOULD KNOW ABOUT CASH (January 24, 2018)